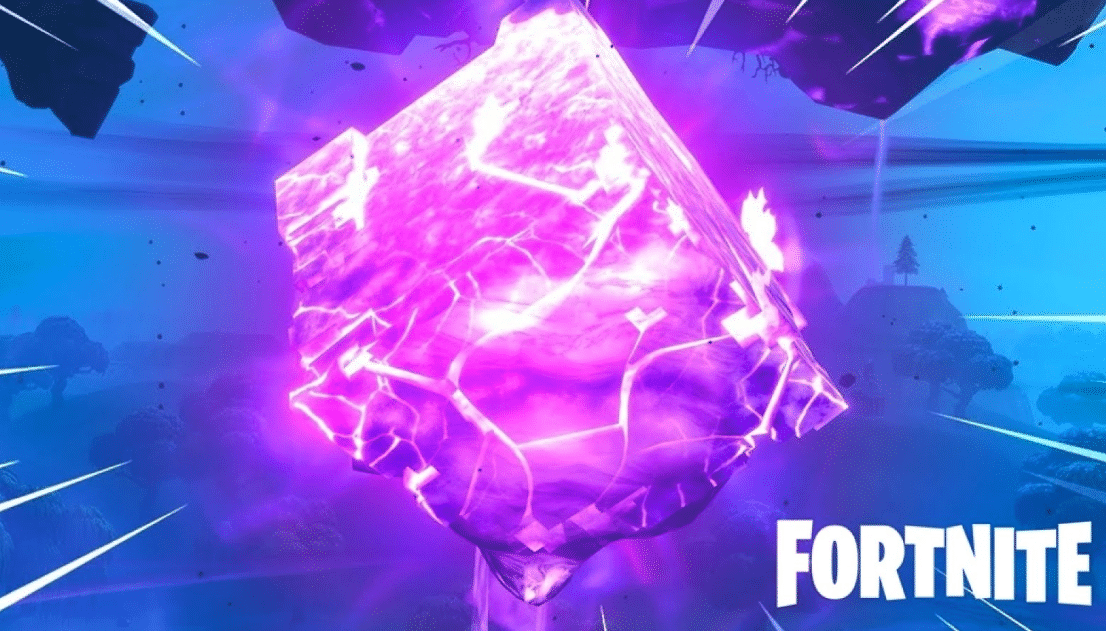 How To Find The Fortnite Cube Memorial Locations

How To Find The Fortnite Cube Memorial Locations

Fortnite Cube: Indecipherable symbols adorned the cube. Players in its general vicinity had their shields slowly charged. Additionally, The Cube functioned as a sort of jump pad, bouncing those who jumped on it or hit it; reportedly hitting it enough times resulted in The Cube striking back, dealing 30 damage.

Though it first appeared to be a stationary object, it began to move at a rate of one revolution every 1 hour and 43 minutes. It was unclear where it would end up, but theory swirls about potential new points on the map that might be created when it stops.

During its journey around the map, the Cube printed seven runes with anti-gravity domes surrounding. Throughout the final three weeks of Season 5, the cube continued to print these runes.

After finishing this process, The Cube destroyed one of the buildings in Tilted Towers. The sporting goods store had been hit last season by a meteorite and was just in the final stages of reopening. The Cube then proceeded to the edge of Loot Lake on September 19, 2018. The Cube appeared to dissolve, turning Loot Lake in a purple-pink gelatinous state with properties akin to The Cube itself, such as becoming bouncy.

With the beginning of Season 6, it was revealed that The Cube was still intact, as it rose from the waters, taking the cabin and island in the center of the lake with it, forming the Floating Island. This created a large hole in the lake where the island once rested, a vortex in the middle.

After just two days of the island rising, the Cube began to move the island to each of the runes it had printed in Season 5. After getting energy from all runes, they dropped to the ground and the island returned to Loot Lake. A portal was formed above, which began to expand until it covered the entire island.

On October 24, 2018, the first day of Fortnitemares 2018, the cube exploded the floating island into multiple pieces, the cube still intact. Following the explosion, the cube fragments that had been growing on the island had been sent all over the map, which released the cube monsters. From this day until November 4, the cube began to crack. On November 3, it began to drip its liquid into the vortex, until the final drip.

On November 4, 2018, the cube started to spin rapidly, which led to a white flash, and the Cube splitting apart. After the flash, players were teleported to an unknown dimension. Shortly after, a rift formed, and took shape of a butterfly, which then multiplied, and came to every player still alive. A cut-scene showed up, where the player put out it’s finger, and the butterfly would land on the finger, and it got teleported back to the map through a rift. Leaky lake appears to be completely new, and the Cube Monsters were gone. The 2018 Fortnitemares event ended as well. (See the Butterfly Event)

In the 9.30 Content Update #1, Kevin comes back to fortnite, only in Creative, However, He is marked on the map with a cyclone symbol except for a regular purple cube.

Where is the Cube fortnite?

Right now the Fortnite cube can be found just outside of Salty Springs in square F7 on the Battle Royale map.

Is the cube gone in fortnite?

Most recently, Fortnite was invaded by the mysterious cube, which slowly rolled across the map, and eventually created a floating island. Before that, players who were in the game at the right time could catch a glimpse of the cube slowly disappearing into the lake, creating a fun — albeit temporary — trampoline.

How long did the Cube last in fortnite?

Tweeter @siloxleaks has been following the cube ever since it emerged more than three weeks in Fortnite Battle Royale. And after the Fortnite cube melted into Loot Lake they tweeted: “I currently believe the cube is printing or something in loot lake, give it 24 hours.

Today with content update v10.20, Fortnite has brought back an old friend to the game. That would be Kevin

the Cube, the giant purple monstrosity that rolled around the map back in season 5, and was part of a chain of events that continues to this day.

As you may recall, the “end” of the Cube was when it rolled to Loot Lake, dissolved, then reformed, carrying the entire Loot Lake island with it, which became a POI for a long while. It eventually exploded, but now in season 10 here, the Cube has returned with its island, though it’s carrying a new payload.

The Rift Beacon at Fatal Fields has summoned Cube Island to hover above it, and while it is floating, I don’t think it’s going to start moving, though we’ll see. The payload on top of it this time is…interesting, and looks to be a combination of a few structures, namely the old mansion and also the missing motel.

The motel was an unnamed POI that was eventually replaced when the Block moved west to plant itself right on its spot.

As you can see, there are also a few other signs besides the motel one there. The Lonely Lodge, Durrr Burger and NOMS signs were ones that went missing during the Rift era of the game which winked those out of existence and teleported them around, so that’s a nice little nod.

The motel has a fair number of chests in it, making it a valuable POI. It even has its old empty pool as well:

Unlike the meteor which is a bit harder to get to if you’re on the ground, new Cube Island works the same way as the old one, as all you have to do is go to the bottom and a current will carry you up to the top of the island. You can also use it as a sort of air vent boost if you’re running away from the storm or trying to escape a fight.

As for Kevin himself? He’s chilling under the island, and if you touch him, he will bounce you off just like the good old days. My guess is that he’s not going to detach himself or explode any time soon, and we’ll probably just see this hovering here for the duration of the season. Though I do wonder if it might start to sail around the map, and I’m going to keep an eye on it.

So yeah, go say hi to Kevin and get some loot up there. This week will have at least a challenge or two asking you to land there, so get acquainted.

The CUBE, referred to as the “Six-Sided Mystery” but more commonly by the community and Epic Games as Kevin, is an unknown phenomenon during Season 5, Season 6, and Season X. It was created by the Rift on August 24th, 2018, on the area where the continuous lightning strikes from the Rift have been destroying cacti placed in a circular formation on top of a hill, at coordinates H9. Being near the CUBE granted players 1 shield point every 2 seconds.

The CUBE acts like a bounce pad from all sides, bouncing players back when touched (or pickaxed), and strikes the player with lightning bolts when shot, which causes 30 damage, disregarding any shields. Getting eliminated by the CUBE’s lightning bolts or dying to fall damage from its knockback showed a message in the Kill Feed that says “(Player) got too close to [rapidly flashing Rune symbols]”. Any dynamic entity, including players, Shopping Carts, ATKs, and Quadcrashers can be knocked back by touching the CUBE. It also destroyed many map objects and could eliminate players if they were under the CUBE when it rolled during Season 5. Despite the CUBE acted like a bouncepad, it does not block fall damage.

The CUBE is also one of the only entities in the game that didn’t have a health bar, meaning it cannot be damaged or destroyed by any means. However, it has been known that the CUBE could be destroyed with a plane upon collision, probably because Planes and the Cube were never in battle royale at the same time, so there is no special interaction for Planes hitting it and it defaults to the plane destroying objects on contact. It’s also possible that the Zero point at loot Lake was a type of Offspring to the Cube as in the events leading up to the Event:Butterfly,Kevin leaked some form of Goo or Rune substance that could have been used in future Objects such as:The Statue Sword from Neo Tilted,The Zero point (Nexus in the Vault) and The Ice Storm.

At the start of Fortnitemares (2018), the CUBE gave off a small explosion, causing the Floating Island to break into 3 big pieces and 3 smaller ones leaving the CUBE exposed. The cube growths mentioned previously scattered to the corrupted areas. These and smaller ones, summoned from portals, spawned cube monsters. As the portal continued to strike the CUBE, the CUBE started to develop cracks. Eventually, the cracks became bigger and slowly losing its energy and it started to appear to ‘burn’ and is dripping a purple substance into Loot Lake – later Leaky Lake. At 1 P.M., on November 4th, it spun rapidly and exploded, taking every player on the map into a strange dimension, where a rift butterfly appeared, taking the players back to the Fortnite island, and Loot/Leaky Lake is now a peaceful meadow-like area. The CUBE stood broken as a Stonehenge-like structure on the middle island of the lake, but has since been removed as of the Pre-Unvaulting event.

The only 2 nods to the CUBE during this time were prefabs of it that can be found in Creative, and 2 memorials located where it was spawned and where it “died”.

There are two memorials to Kevin the cube around the island, both in places the cube visited when it first appeared on the island back in Season 5. The first can be found on a plateau to the southwest of Paradise Palms, where it originally materialized, while the second is located near Loot Lake, which the cube infamously plunged into and transformed at the end of Season 5. We’ve marked down both cube memorial locations on the map below.

Once you know where the cube memorials are located, you only need to visit one of them in order to complete the challenge, so pick your preferred spot and glide there at the beginning of a match for the quickest results. However, if you’re hoping to clear the Prestige version of this challenge, you’ll need to visit both memorials within a single match. Your best bet for that is to start at the desert; if you’re lucky, an ATK will spawn nearby, allowing you to make your way to the other memorial quickly.

You can watch us complete the standard version of the challenge in the video above. You can also find other tips and guides for this season’s trickier missions in our Fortnite Season 10 challenges roundup. We’ll continue to update that list as the season progresses, so be sure to check back for our latest Fortnite coverage.

« What Is Stranger Things Mode On Spotify » How Tall Is Fierce Deity Link?