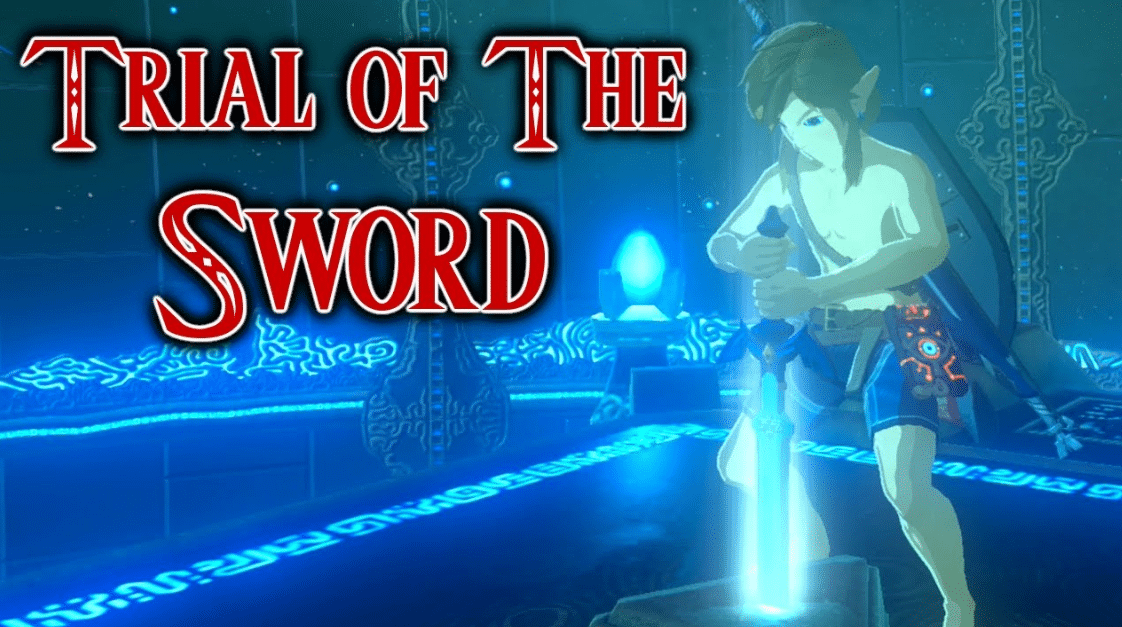 Botw Trial Of The Sword: The Trial of the Sword is a DLC Challenge Mode in The Legend of Zelda: Breath of the Wild and the toughest challenge in the game — but you can beat it with this guide! Like other Zelda challenges, it involves a gauntlet of surviving multiple enemy-filled levels. This Trial of the Sword walkthrough will guide you through each of the levels, including what to expect, the items you can salvage, and how to survive until the end. There are three rounds, one consisting of 12 Beginning Trials, 16 Middle Trials, and 23 Final Trials — you can only save after completing each round. If you die halfway through a round, you start at the beginning with nothing. Detailed walkthroughs for how to survive each are below.

The Trial of the Sword can be accessed from the Korok Forest by placing the Master Sword back in its pedestal. If the Master Sword is out of energy, the Trial cannot be accessed.[1] During the challenge, Link will go through a series of floors and must defeat every enemy on a floor to proceed to the next one. At the start of the Trial, he is stripped of all of his weapons, Shields, Bows, Arrows, Armor, Materials and Food. Link is able to use any of the Runes during the Trial, but he is not able to use any Champion abilities.

Link begins the Trial with the same amount of Hearts, Stamina and temporary boosts that he had when entering, even with Hearts lost from damage or temporary Hearts. The Trial of the Sword is divided into three sets of floors. Once a set is completed, it can be skipped during future attempts of the Trial; however, Link will begin empty handed when resumed and any item gathered during the challenge will be lost. After completing all 54 floors of the Trial, the Master Sword awakens its true power, allowing it to stay in its powered-up state at all times.

There are 51 total Levels in the Trial of the Sword (including 6 Rest Areas and 45 Challenge Rooms), each with its own varied layout, enemies, and traps. If Link survives until the end, the Sword Sage will enhance the Master Sword with the power to stay fully charged — dealing 60 damage — at all times, instead of just in the presence of Calamity and corrupted Guardians.

Trial Of The Sword Botw

Since the first real chunk of DLC dropped for Zelda: Breath of the Wild, I have actually had some fun with the new Trial of the Sword side quest.

The Trial of the Sword is a new side quest included in the latest DLC that once completed upgrades the Master Sword in terms of its attack power and durability.

Set across three sections, with the completion of each you get an attack bonus of 10 with the final upgrade setting the Master Sword’s attack power to 60 and having it glow blue.

Now, for those that have played the game a fair amount, you will already know that the Master Sword does this in the proximity of anything contaminated with the spirit of Calamity Ganon.

What makes this upgrade so worthwhile though is that it makes this status change permanent throughout the entirety of the game.

The premise of Trial of the Sword is also not too dissimilar to the Savage Labyrinth from Wind Waker. In that, you clear out consecutive arenas of enemies by whatever means available to you.

This is the catch though because here you start without weapons, items and armor. Meaning you have to collect what you can as you go. What’s more, if you die during any of the three sections you have to play them over again from the start.

Botw Trial Of The Sword Reward

To start the Trial of the Sword, you need to go the Korok Forest and place the Master Sword back in its pedestal. From there, you will be transported to the trial area.

The first section is easy enough and doesn’t have you go up against anything too tricky. Just make sure to get all the resources you can from each arena before you leave. Using the Stasis Rune is helpful here, as it will light up crates and barrels for you to destroy.

You also get a resting area around halfway through the first section, with chests and the ability to cook food.

Once completed, you get your first Master Sword upgrade, bumping the attack damage up from 30 to 40.

The second section gets tougher and has you finish off against a variety of Guardian Scouts. The final Guardian Scout almost finished me off on the first go but I thankfully got the better of it.

Again, you get two rest areas with chests and a cooking pot, so you should definitely avail yourself of those, and once completed the Master Sword gets another attack bump from 40 to 50.

The third and final section is a lot more involved than the previous two. You start out in areas undergoing a lightning storm, this means metal weaponry is a no-go but you should still collect them, as you definitely need them later.

Once you’ve purchased The Master Trials DLC pack for The Legend of Zelda: Breath of the Wild, you’ll immediately have access to The Trial of the Sword, a brand new challenge for Link to overcome. In this Zelda Breath of the Wild Trial of the Sword guide, we’ll be providing you with a complete walkthrough of the DLC mode, as well as the rewards you can gain from successfully accomplishing everything that the trial itself has to offer.

The Trial of the Sword begins with Link paying a visit to the Great Deku Tree, and being informed by the sentient tree that he can upgrade the power of the Master Sword, by conquering all three trials. Sounds simple enough, until you find yourself in a small environment surrounded by enemies with absolutely no weapons or equipment.

How many levels are in trial of the sword?

What do you get from trial of the sword?

Are there checkpoints in trial of the sword?

There are 45 rooms, with checkpoints after the first and second set of 15. You can restart from checkpoints when you die, but you’ll start with no weapons. … Try to keep at least one of each elemental weapon with you at all times. Any buffs you gain from food will last into the trial.

Botw Trial Of The Sword Glitch

Botw Trial Of The Sword Guide

To help you overcome the monumental task in The Trial of the Sword and upgrade the Master Sword, we’ve compiled some helpful tips and tricks to see you through.